Is it legal to record a conversation? The dos & don’ts

Some questions we are frequently asked are: Is it legal to record a conversation? Also, can you use such recordings as evidence in a dispute?

One question we are frequently asked as by clients is whether or not it is legal to record a conversation. Often such questions come from clients who wish to use such recordings as evidence in a dispute. Often they come from clients who have become aware that someone else has recorded a conversation which they were involved in without their knowledge or consent. As a result of the increasing ease of recording conversations with colleagues using a smartphone, this issue is becoming increasingly common in workplace settings, whether between colleagues who do not get along or in the context of disputes between employees and employers.

The default position in Queensland from which we must begin when discussing the recording of conversations is set out in section 43 of the Invasion of Privacy Act 1971 (Qld), which provides as follows:

‘A person is guilty of an offence against this Act if the person uses a listening device to overhear, record, monitor or listen to a private conversation…’

The default position as described above only provides us with a part of the picture. In order to understand it properly we must have regard to the definition of ‘private conversation’ provided under the Act.

The Act defines ‘private conversation’ to include any words spoken by one person to another which fall into both of the following categories:

The ‘Party to the Conversation’ Exception

This means that a person is free to record a private conversation to which they are a party. It is only where a non-party makes the recording that an offence is committed.

There is an important caveat with respect to the exception relating to recordings made by parties to the private conversation. This caveat relates to the manner in which the recording is used. The party will not commit an offence provided that the recording is kept for their own personal use or reference. This does not extend to the communication or publication of the conversation.

This prohibition on communication and publication is logical, as it is the publication or communication of a recording that most people have concerns about. It seems to most people perfectly reasonable that a person should be able to record a conversation to which they were a party so long as they kept the recording private and for their own personal use only. 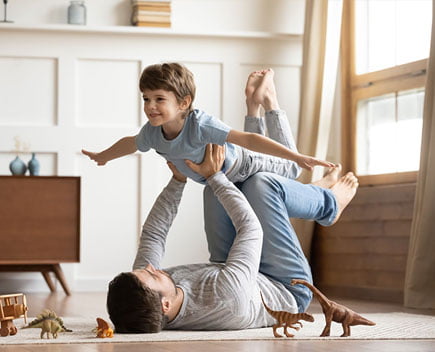 See why people trust us over the rest when it comes to making some of the biggest decisions you may ever face.

The Exceptions to Communication or Publication

Nothing being simple at law, there also exist a number of exceptions to the prohibition on the communication or publication of private conversations, some of which are very important and eminently reasonable. The exceptions, set out in section 45 of the Act, are as follows:

Accordingly, should a private conversation be recorded by a non-party to the conversation who subsequently communicates or publishes its contents to a person other than in circumstances covered by one of the five exceptions above, that person will commit an offence.

One further variable to the above position is in circumstances where a private phone conversation has been recorded by means of an external listening device. That is a bugging device which is attached to the telephone or telephone line, rather than simply recording the conversation by means of the record feature on a mobile phone.

The Telecommunications (Interception) Act 1979 (Cth) prohibits the recording of any private telephone conversation by means of an external listening device. Such that, regardless of the above factors, the person who has caused the recording to be made by means of the exteral device will have committed an offence.

Recording of Conversations in the Workplace

The first point to note in relation to the recording of conversations in the workplace is that an employer may lawfully and reasonably direct an employee not to secretly record conversations within the workplace. Should an employee fail to comply with such a lawful and reasonable direction, they employer will be able to undertake performance management which, depending on the context, may include the issuing of a written warning or the termination of the employee.

For instance, in Burger King v Hungry Jacks it was held that the recording of a manager or supervisor by an employee may constitute a breach of the duty to serve the employer honestly and in good faith. Which is commonly found in employment contracts, therefore justifying summary dismissal in that case.

Indeed, the Fair Work Commission very often holds in its decisions that the non-consensual recording of private conversations in the workplace (and in particular, between an employer and employee) constitutes misconduct justifying termination of the employment.

Furthermore, a non-consensual recording of a workplace incident may be held to be inadmissible as evidence in Fair Work Commission proceedings. Although, in some circumstances, such recordings will be admissible on the basis that the recording was reasonably necessary for the protection of the lawful interests of that person (being the third of the exceptions to the prohibition on communication and publication of recordings referred to above).

Similarly, there are numerous circumstances in which the recording of a conversation by an employee could constitute a breach of the confidentiality provisions which are found in most employment contracts.

Furthermore, regardless of the legality of the conversation, should the recording arise in the context of proceedings with the Fair Work Commission, the Commission may view the recording of the conversation in an unfavourable light. For example, in the case of Wayne Schwenke v Silcar Pty Ltd t/as Silcar Energy Solutions [2013] FWC 4513. By way of illustration of the variables involved, in that matter, the Member provided that:

‘I’m satisfied that the secret recording of Mr Schwenke’s performance discussion was contrary to his duty of good faith or fidelity to the employer, and undermined the mutual trust and confidence required in the employment relationship. There may be some circumstances, such as one-on-one actions in relation to discrimination, harassment and bullying that secretly recording a conversation is permissible – but the gravity and cause would have to be significant to override the general requirement of dealing honestly and openly with the employer and work colleagues. In such circumstances, the commission would have to be acutely conscious to provocation or entrapment.’

Clearly, while the covert recording a conversation without the consent of the parties involved is prima facie a questionable thing to do, there are numerous exceptions and variables to the general postion — particularly where the recording occurs in a workplace setting.

In the event that a conversation you have been involved in has been recorded without your consent, or if you are considering recording a meeting or interaction at work, please contact our office to discuss the potential implications with one of our solicitors.

Seven easy tips to slash legal fees in half

Seven Easy tips to slash legal fees in half. We'll go over the tips that could save you thousands on your legal fees.

As a patentee, you only get one chance to get it right the first time. It is crucial therefore that professional help is sought from a…

Need to talk to a divorce lawyer?

Please contact us to find out more about how our award-winning and respected divorce lawyers can make a positive difference in your life.

Your enquiry is confidential